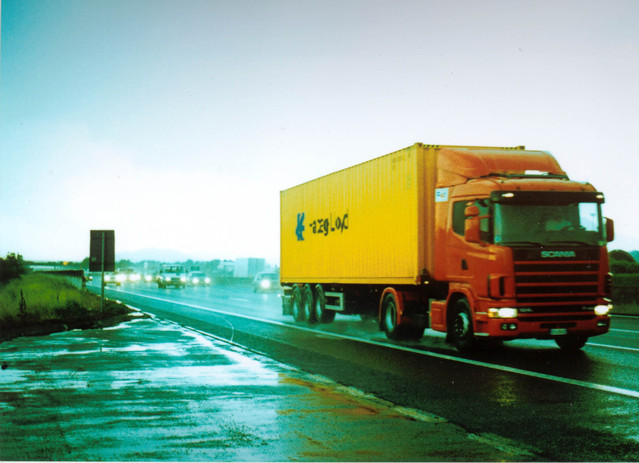 In this story, we’re going to look at two Air Freight trucking companies: ABC Logistics, and XYZ Cartage. Both companies use the Crown Freight Manager and Crown Document Manager systems. Both companies have been running the Crown software for 5 years and use Quickbooks server edition for their accounting software.

ABC Logistics and XYZ Cartage run their systems on individual Windows Servers, which are maintained and updated by local IT contractors. Their networks are protected by firewalls and antivirus software and their CFM6 and Quickbooks databases are regularly backed up on the server.

The difference between ABC Logistics and XYZ Cartage lies in their disaster recovery plans.

1. The IT contractor working for ABC Logistics has experience in enterprise systems and designed the company’s disaster recovery plan to eliminate a single point of failure:

Locally, ABC logistics backs up their databases and images to a separate hard drive within the server. This $50 upgrade creates redundancy and allows critical files to be recovered in the common event of a hard drive failure. ABC Logistics also uses a third party vendor to backup data over the Internet on a nightly basis. This service costs approximately $10 per month, but protects the company in the event of a total server failure or localized disaster.

2. The IT contractor for XYZ Cartage does not have a good disaster recovery plan. He has setup local backups and monitors them diligently. The contractor didn’t however, address the potential single point of failure and has left the company vulnerable to losing all of their data.

While hard disk drive technology has improved over the years, the majority of the drives are still susceptible to mechanical failure and data corruption. Because of their moving parts and high utilization, hard drives tend to fail more frequently than other server components. Since they contain the entire Operating System and company files, hard drives are also the one component where if damaged can lead to total data loss.

One afternoon, both ABC Logistics and XYZ Cartage suffered complete failures of their primary hard disk drives. Both companies called on their IT contractors who rushed into the office to address the issues.

In both cases, new hard drives had to be purchased and installed. The server Operating Systems had to be rebuilt and business software had to be setup.

1. After two hours of rebuilding the system, the IT contractor from ABC Logistics mounted his backup hard disk drive to the server. He then called Crown Data Systems.

The technical support representatives at Crown were able to reinstall the Crown Freight Manager software and using the data from ABC Logistics backup hard drive, restore the database and all of the scanned images.

ABC Logistics did lose some data. They reverted back to the prior night’s backup and re-entered shipments from that morning and afternoon.

Afterwards, the owner of ABC Logistics and their IT contractor met to discuss a high availability backup system. While it would require maintenance and monitoring, it would allow them to have less downtime and little-to-no data loss in the event of a server or hard drive failure.

Once the systems were back online, the IT contactor updated and secured the new Operating System. He restored the Quickbooks database from the backup hard drive and by the following day, all systems had been fully restored.

2. XYZ Cartage, who suffered the same hard disk drive failure did not have the same experience.

Despite having regular backups, all data was being stored on a single disk. When it failed, the company lost:

In this case a simple, inexpensive solution was the difference between 6 hours of data loss, and complete data loss. If there had been a localized disaster (fire, flood) or complete server failure, ABC Logistics would have still been protected because of their third party online backup system.

The point is simple:

With electronic systems, companies need to ensure that they have logical disaster recovery systems in place with built-in redundancies to protect against a single point of failure.

While high availability systems can be expensive (cost increases and projected downtime decreases), a solid redundant disaster recovery system can be implemented for very little investment.

Crown Data Systems does not maintain or monitor backup systems for CFM6 customers. We can however work with your IT contractor to develop a redundant solution. If you or your contractor has any questions about backups or disaster recovery, feel free to call or email our technical support professionals.